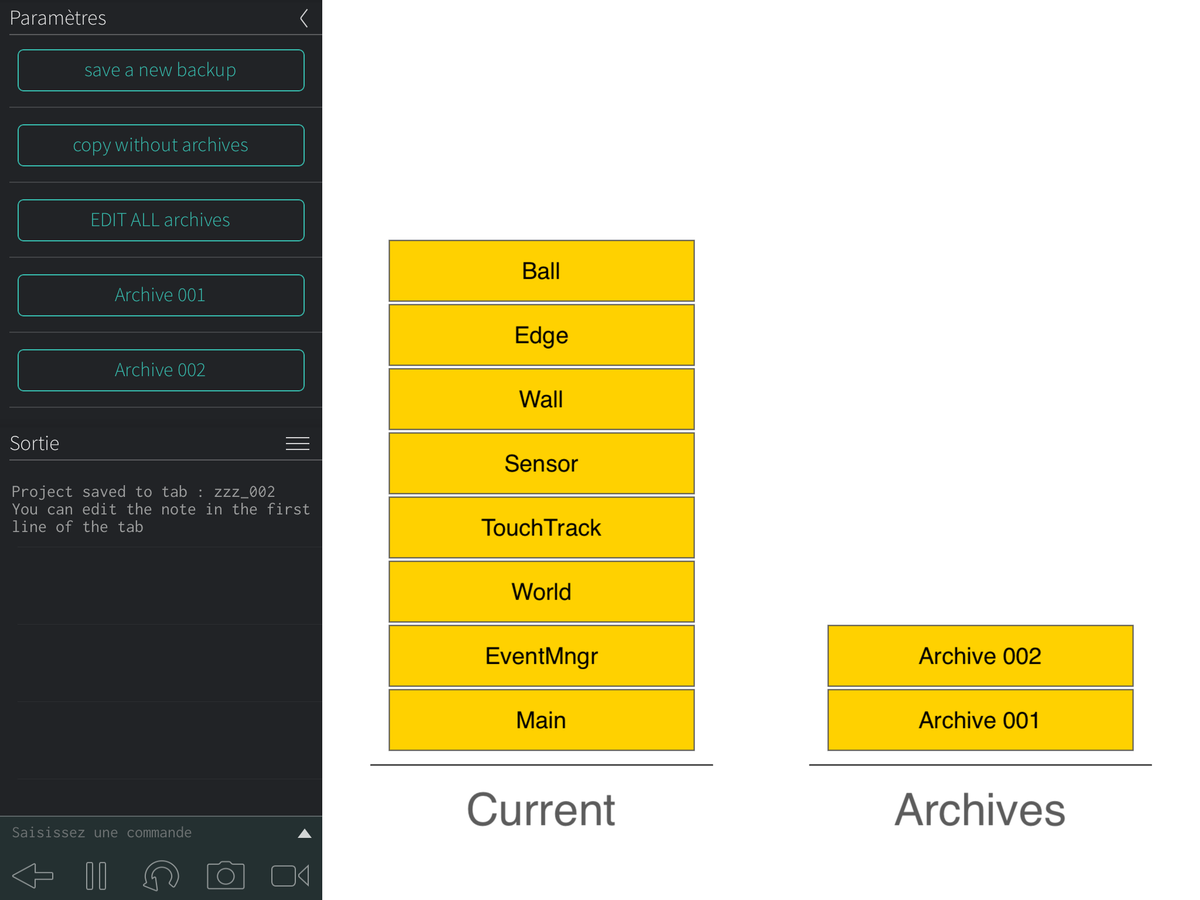 and a screenshot from an archive. 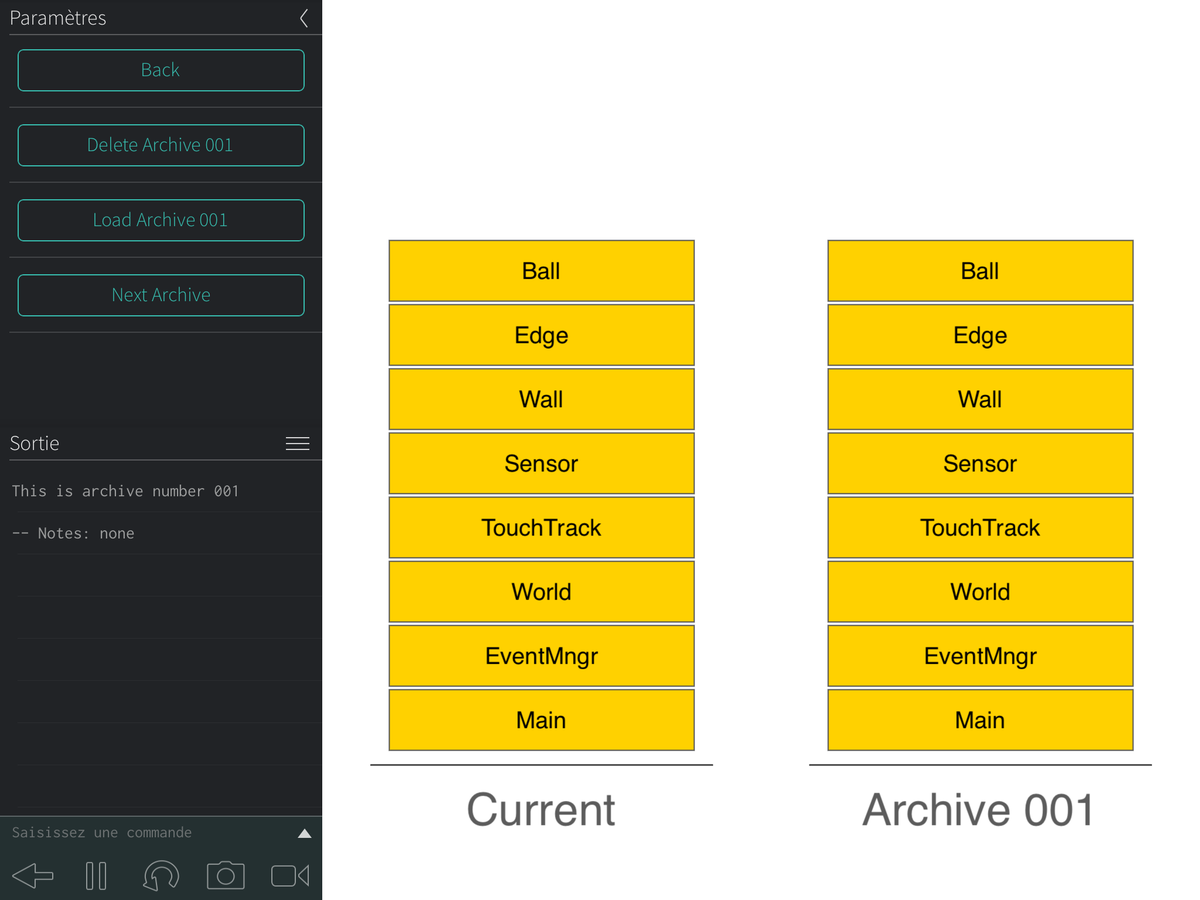 Wonderful, i use your Codea Showcase, why not be saved with a tab named projectname?

Do You mean saving a project downloaded via codea showcase inside a tab? Actually you can already save the code locally into a text file in documents. Is it not good enough?
I think i start to see something to do by mixing the 2 projects. Mmmm…
Thanks.

there are already many tabs in codea showcase, i am not sure it is a good idea to add more. But they could be saved into another project, just for this purpose of saving the downloads. I’ll have a look into that.
Thanks!

i have a question?how to make a tab’s code not run?

put this at the top of the tab

if i put all projects in one tab, how about it?

define some awkward text sequence like “–ppppppproject” and use it to separate projects. Then split the tab content using this string as the separator.
But this is going to make VERY big tabs. This is not a good idea (Codea may crash trying to render your tab)

no, but if you click on the tab, Codea will analyze it for color syntax. In the past big tabs (1000 lines) were freezing Codea. Now it is much better, but if you end up with 20 000 lines i’ve no idea what’s going to happen…

@Jmv38 I’ve noticed the freezing in 2.2 - has this been improved in 2.3 as far as you can tell? I have some tabs with level data tables that are going to end up probably 1200+ lines unless I artificially break them up.

@Jmv38 - to stop it analyzing, couldn’t you just make the whole thing a block comment?

thats what i think.

is it possible show nothing while running, like running in the background?

@Saturn031000 the problem is that if you have bloc comments in your code, they will break this block´comment. Whatever, i cant really see any need to put several projects in 1 single tab, so i will not worry about this.

@firewolf it is possible to show nothing while running, like running in the background. Put no draw() function in your code. And in the background, your program will run for 10 mn, then IOS will stop it.

how to generate a step by step project from any game code?