i’ve started to work on FFT. Someone gave me some code 2 years ago, but i didnt really test it. Now i have sufficiently improved my codea skills to use it and test it. It seems to work great. Here is my test code:
https://gist.github.com/anonymous/97836a824e558fc72d79 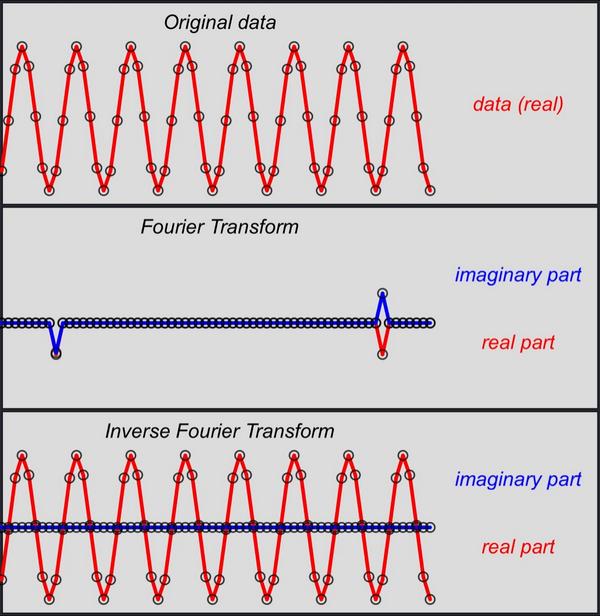 Woot! I never understood that even when I took a course in it. Good old Professor Garner …

this is really neat. i bet the drawing could be sped up tho. 13FPS seems slow.

Fourier Transform finally made sense to me after i read a few chapters in DSPGuide.com’s book. I never understood how it worked, until the book explained that by multiplying each sample by the sin/cos at X frequency, you end up with the percentage of how much that frequency exists in that sample. There’s a fancy name for what that is called. I can’t remember it right now tho.

edit: the term is called “Correlation”

“The concept of correlation was introduced in Chapter 7. As you recall, to detect a known waveform contained in another signal, multiply the two signals and add all the points in the resulting signal. The single number that results from this procedure is a measure of how similar the two signals are.”

@matkatmusic fps: the graphics are here just to check things are ‘as i expect them to be’. So i didnt mind optimizing them. What i really want to do is image fft, then, i will work on fps.
Thanks.

nice! shame we cannot access the microphone, it would be fun to try and analyze sound input in realtime.

here is a more interactive version.
https://gist.github.com/anonymous/3e7a22c93abdbd4808f1
it lets you play with: